The decisive changes in artistic tendencies lived in Europe during the end of XIX century and first years of XX (see Art Nouveau), had been extended to all type of arts (see Architecture, Sculpture, Painting, Literature and Music) related or not with architecture.
The new tendencies in line design and shapes following the nature, had a tremendous influence in all the arts, firstly in architecture and decorative arts but later, in other arts like literature and music.
Into that explosion of new attitudes in front of artistic fact, any object of common use will evolutes to an artistic object frequently manufactured with new materials: glasses, ceramics, forged iron, new woods of high quality, etc.

The architects of that period were professionals with enormous knowledge’s and capacities to develop his ideas based on Art Nouveau. For them the buildings were, not only the structures and basic architectural elements, but also all the decorative objects developed during “Art Nouveau” period, frequently by themselves. That is the way followed by Gaudí, Puig i Cadafalch, Domenech i Montaner and others in Catalonia (for this reason this exceptional architects are classified not only as architects but also as decorators and designers of furniture, ceramics, textile ornaments etc.) as in other European countries other Art Nouveau architects as Guimard, Van de Velde, Victor Horta, Otto Wagner did.

The strong development of arts and crafts during the XIX century helped that process. That development assured the progress of a big infrastructure of specialists, craftsmen, technicians and artists, making possible to manufacture any type of artistic objects with shapes frequently didn’t technically possible before. The role of decorative arts was essential in the development of Art Nouveau in Catalonia and the collaboration between architects and craftsmen helped that evolution.

The movement Arts and Crafts was rapidly assimilated and adapted to the needs of a different national circumstances. The industrial development and new social values together with the surpass of the rigid previous eclecticism, were essential for the development of new ideas.
The Catalan craftsmen of Art Nouveau period known a big activity improvement, from the works of Francesc Vidal i Jevellí (1848-1914), decorator, joiner and founder, who developed an enormous activity in interiors decoration.

In this process, the Workshop of the -Castell dels Tres Dragons- that prompted Lluís Domenech i Montaner, was a pioneering initiative created with the objective to recover arts and old procedures, to apply them to the new modernist (Catalan Art Nouveau) architecture.
The Workshop was created because of the World’s Fair of the 1888, the most important event of the Barcelona of last years of the 19th century. Once it closed, the biggest part of the buildings were demolished excepted some, like the Coffee-Restaurant of Domenech i Montaner, called popularly -Castell dels Tres Dragons-. As the building was not completely finished for the Exhibition, the City Hall entrusted to Domenech to direct again the works in order the building become Museum of the History.
Domenech accepted the offering and to carry it out, he finished the highest tower, called Homage Tower, the decoration and carried out other reforms of conditioning. A decisive approach for the future of the Modernism, was the installation of various workrooms in which the presence of artists as the sculptor Eusebi Arnau, the glassmaker Antoni Rigalt or the ceramicist Pau Pujol i Vila (owner of the factory Son of Jaime Pujol i Bausis), architects as Gallissa and Josep Puig i Cadafalch. All they had interested in find again the methods and procedures used by the old artisans, to recover, to adapt and to apply them to the modernist architecture.
The contacts between these artists and artisans were very beneficial, because they permitted them to exchange experiences, to discuss proposals and to draw models. Unfortunately the Workshop was a very short experience because the installation on the same place of the Museum of the History.
All the know-how that this initiative permitted to accumulate, is nowadays present in all the geography of Catalonia, in hundreds of modernist buildings. 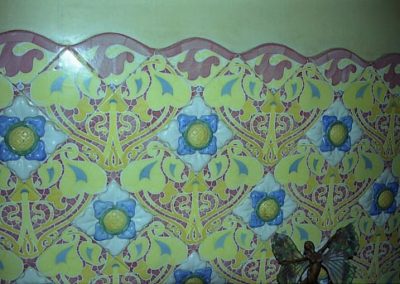 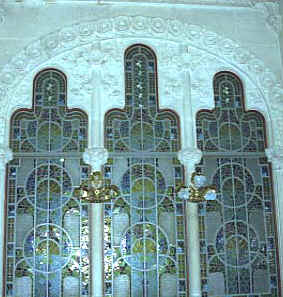 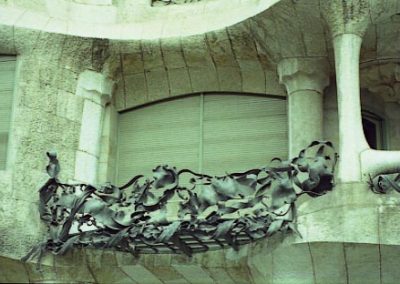 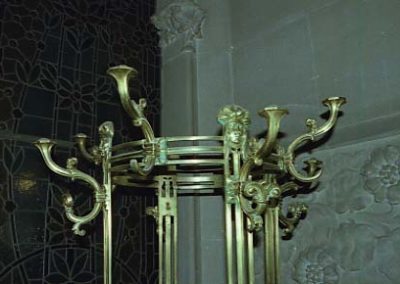 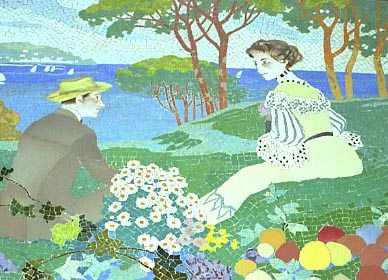