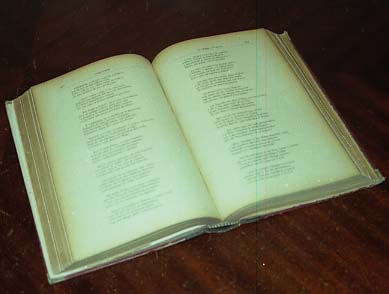 After the military and political defeat of 1714, the Catalan literature takes a long time to overcome the consequences and don’t recovered some vigour until the start of the XVIIIth. century, when it was possible to detect a substantial growth of literary production. This new start will not be consolidated until the work of Modernists – Art Nouveau writers -.
Under an European point of view, from the origins of Art Nouveau with the work of Ruskin until the consolidation of a Catalan Modernist literature, a period of 40 years was run. Into that period a succession of facts, influencing the Catalan political and cultural thought, will impulse the process.
The start of Art Nouveau literature was run around the magazine “L’Avens” during the period it was directed by Joaquim Casas i Carbó and Jaume Massó i Torrents. This magazine had been adapted in that period – since 1891 – a uniform model following the new grammatical and syntactic rules. This change affected also the title, that was changed from this moment to “l’Avenç”. This magazine will be crucial for the consolidation of new Catalan Art Nouveau narrative.
Later, Raimon Casellas had been developing different criteria on the analysis of the reality through the artist emotions, using naturalist elements. This process will suffer an evolution culminating in a pessimism. This pessimism is reflected in the “Estrofes decadentistes” of Joan Maragall, presented in the Third Modernist Fest in Sitges, Maragall overcame this pessimism influenced by Nietzsche work. Other examples, specially in terms of literature criticism, are Brossa and Rusiñol. The exception is the theatre, under the influence of Ibsen, with the work of Iglesias and also, but following a different way, of Adrià Gual.
The narrative technique will follow its development through the work of Casellas – “Els sots feréstecs” – and other writers like Víctor Català (Caterina Albert) with “Solitud” (Solitude), culminating in the Josep Pous i Pagès novel “La vida i obra de Jordi Freginals” (The life and work of Jordi Freginals) that in 1912 is the last work of Art Nouveau narrative.
This technique is normally based in a structure of short stories, later integrated in an ensemble – this is the structure of “Els sots feréstecs” and “Solitud” (Solitude), and other writings as “Josafat” of Prudenci Bertrana or “Pinya de rosa” of Joaquim Ruyra.
The most common theme normally treated is the rural world.
Nevertheless, any kind of categories where treated: the novel, the tale, the theatre, the legend, the lyrics, the epics, etc., frequently referred to episodes of the life and national Catalan history.
The Modernist literature was the core from who, the Catalan literature will take a decisive impulse, to be recognized as the same level of other national literatures in Europe.