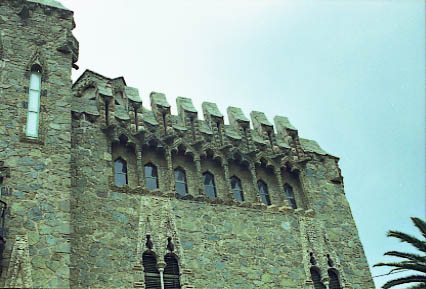 Location: Carrer de Bellesguard, 16-20 Barcelona
Qualification: xxxxx (3 on 5)
Present condition: Acceptable
How to go to: Bus 123
Visits: The house is private owned and visits are not normally accepted, except for exteriors.
Ruta del Modernisme

Designed by Antoni Gaudí i Cornet and built between 1900 and 1909.
The house Bellesguard also known as Casa Figueras is located in the high area of Barcelona, near Collserola mountain, at the same place where an old castle built by the last king of Catalan dynasty Marti l’Humà was to be found. That castle had been used by that king as his summer residence from 1410.
That fact was for Gaudí a base of inspiration, and consequently he also used some elements of that old castle to built the new Bellesguard (as walls, courtyard, etc.).
That is the reason why the house has the external appearance of a castle, including the embattlements.
The building constructed in stone and brick has mainly a vertical projection helped by a Gaudí characteristic tower culminated by a four branches cross.
The loft with its arches in brick is a demonstration of the mastering in the use of that material, as in the La Pedrera and Col·legi Santa Teresa.
The mosaics, designed by Domènech Sugranyes add fantasy to the building together with forged iron who is full. 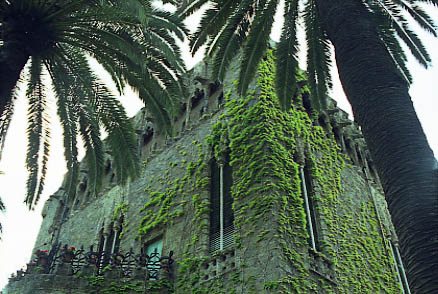 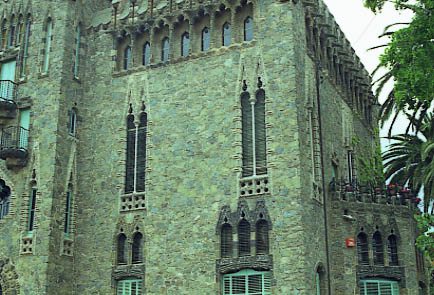 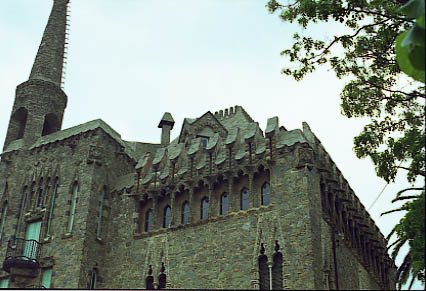 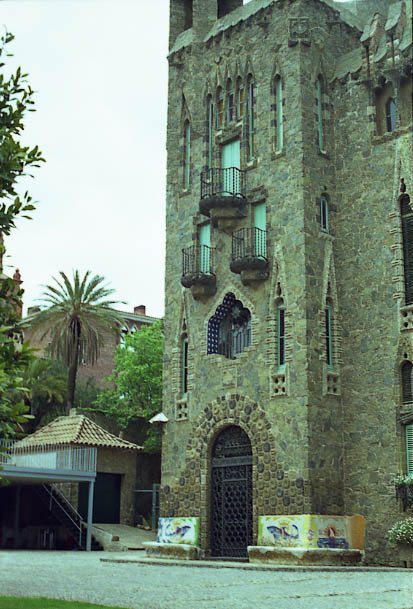 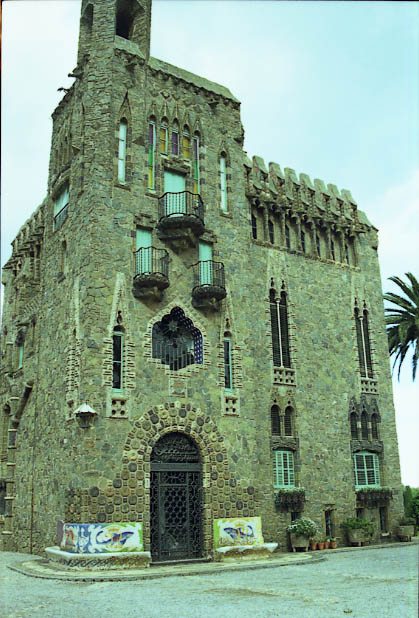 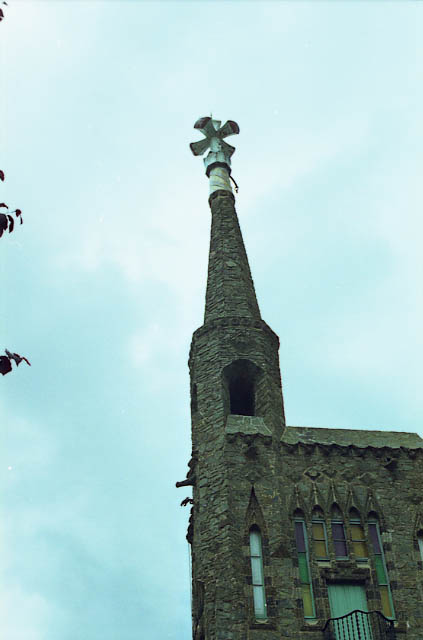 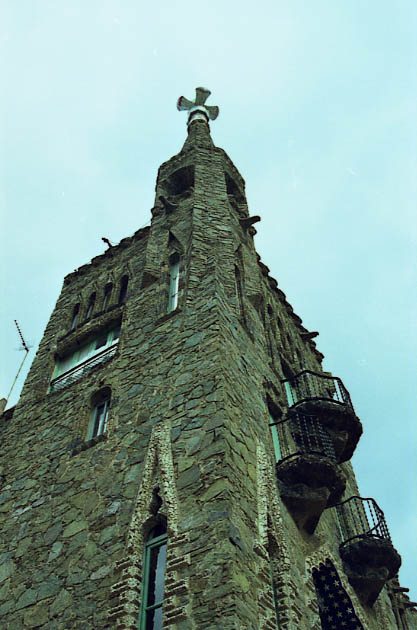