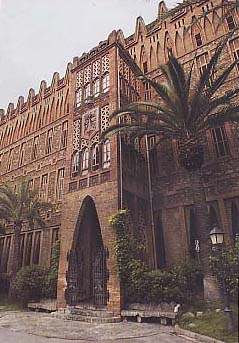 This building as the Sagrada Familia was not initially projected by Gaudí but by an unknown architect in September 1888. Antoni Gaudí i Cornet took the project some months later in march 1889.

Instead of the small budget and the limitations of the initial project, Gaudí developed an austere project based in a rectangular base with four floors – the ground included – all built in brick with a top decorated with false embattlements and in each angle a four branches cross. The spaces between the embattlements are decorated with ceramic pieces with a shape remembering a “T” – of S. Therese of Jesus.

The interior is based in parabolic arches and the illumination is very well solved, creating alternatives of light and shadows very well adapted to the characteristics of a place with religious and educative functions. 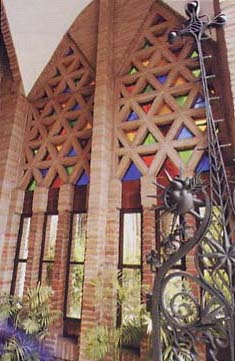 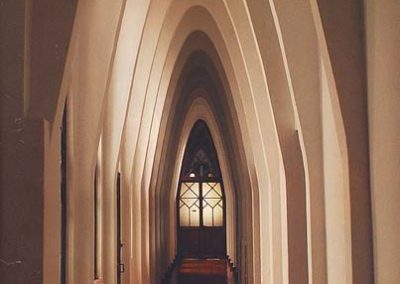 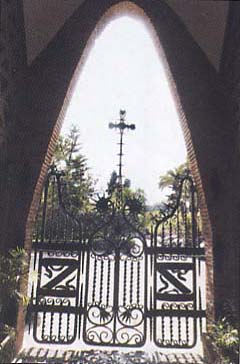 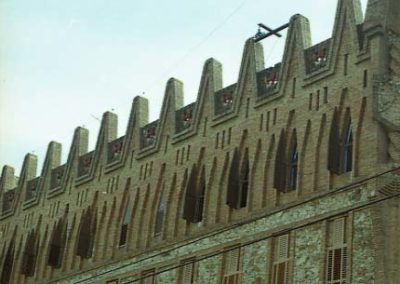 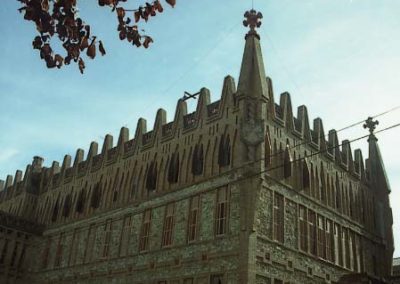 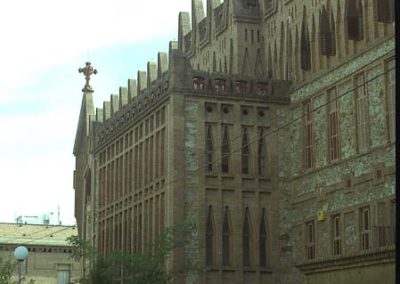