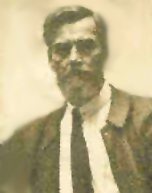 In Sant Julià de Vilatorta:
Jesus and the children (Relief in the tympanum of the Chapel of the School of orphans 1904)

In Tarragona:
The kiss of Judas (Cathedral 1929)

In Terrassa:
Portrait of an industrialist (Museum Vallparadís 1892)
Monument to Bartomeu Amat (Gardens of Industrial School 1909)

In Vic:
Seated woman (Monument to the founder of the Monastery of Carmelites 1914)

Llimona was the greatest of all the Catalonian Art Nouveau (Modernista) sculptors.Born in Barcelona in the year 1864. He trained at the Llotja of Barcelona, in the atelier of the brothers Venanci and
Agapit Vallmitjana, and also under the master Rosend Nobas. In 1880 he won the “Fortuny Pension” (an award granted by the Barcelona City Council in memory of the great Catalonian painter Marià Fortuny, to help artists to improve their capabilities), which enabled him to study in Rome. During his stay in Italy, he received the influence of the Florentine Renaissance sculpture and produced two obligatory works: the “Roman Patrician” and the equestrian “Ramon Berenguer
el Gran“. His style is characterized by a naturalistic idealism imbued with the picturesque. Infiesta divides the work of Llimona into five periods:

His earliest works were Academic in style, and were typically historical and allegorical in their choice of subject, including famous national figures such as the already mentioned “Ramon Berenguer el Gran” (a Count of Barcelona – 1890), the multi-figure frieze on Barcelona’s Arc de Triomf (Triumphal Arch) representing “Recompense” (1887), and the marble figure of “Modesty” (1891). He founded jointly with his brother, the painter Joan Llimona, the “Centre Artístic de Sant Lluc” (Artistic Center of Saint Luke), a Catalonian artistic religious association (both brothers were deeply religious) – at present a prestigious institution in artistic circles in Barcelona.
Later, his style veered fully towards the Art Nouveau ( Modernista), his models and influences deriving from the work of Rodin and Meunier.”The first communion” (1897), the famous “Desconsol” (Distress – 1907), which won the Prize of Honor of the International Exposition of Fine Arts in Barcelona that same year, and now located at present in front of the Parliament of Catalonia, and “The Idyll”, belong to this period. From 1900 he began to sculpt his famous female nudes, each of which are celebrated for their great elegance, veiled eroticism and smooth melancholy, characteristics that he developed as one of the most noticeable elements of his work.
In 1914 he created his impressive “Christ Resurrected” for the monumental Rosary of Montserrat in collaboration with Gaudí.
Llimona combines tenderness and virile force in works such as “The student” – one of the master works of Catalonian sculpture, and in the “Monument
to Doctor Robert” in Tetuàn square, Barcelona, and also in the equestrian statue of Sant Jordi (Saint George) in the city’s Park of Montjuïc. Llimona’s genius was also declared in other genres of his art, such as in his designs for medals and funerary sculpture; his work in the latter category including figurative sculpture for tombs in the Southwest Cemetery of Barcelona and the cemeteries of Arenys de Mar, Sitges and others within Catalonia
and elsewhere in Spain. As well as his work in Barcelona and other towns in Catalonia, he exhibited his work in Madrid, Brussels, Paris and Buenos Aires and Rosario in Argentina. Llimona was the President of the “Junta de Museus de Barcelona” (Barcelona Museums Council) from 1918 to 1924, and again from 1931 until
his death in 1934. Llimona was decorated by the governments of France and Italy, and was the first person to receive the Gold Medal of the city of Barcelona in 1932, in recognition of his extraordinary work in the development of
museums activity. Josep Llimona i Bruguera, died in Barcelona in 1934. 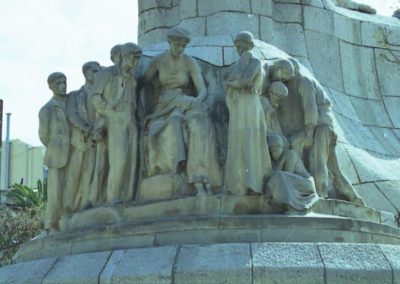 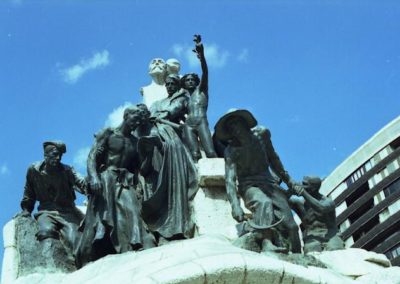 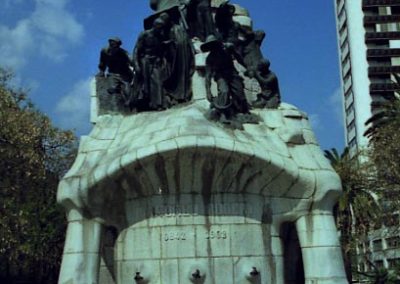 (Mayor of Barcelona at the end of XIX Century)

This monument was erected by the city in University square, dismantled during Franco dictatorship and re-erected in Tetuàn square in 1988. 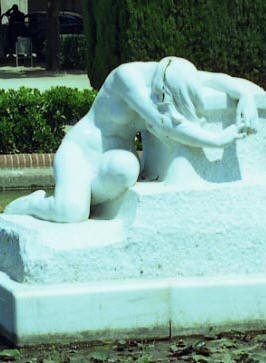 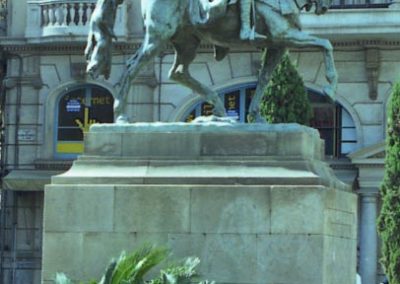 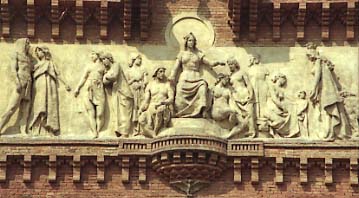 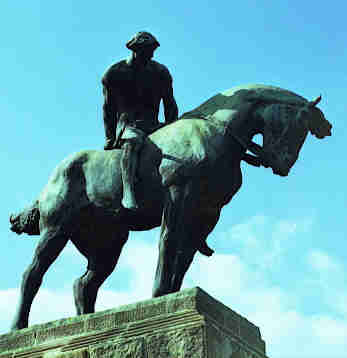 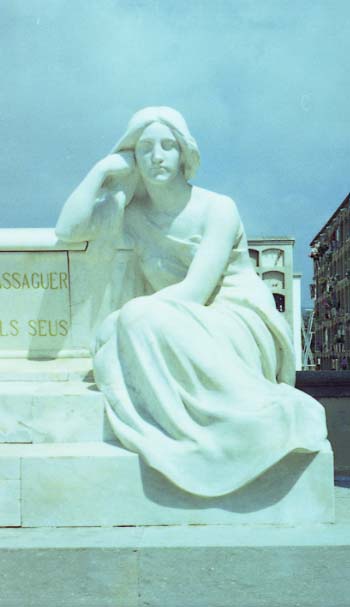 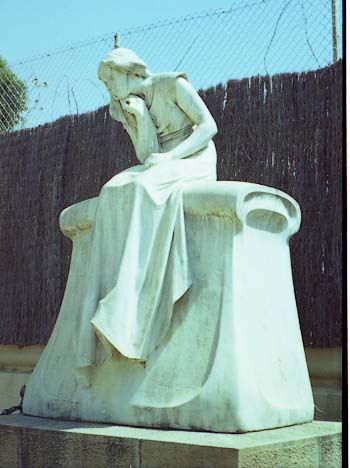 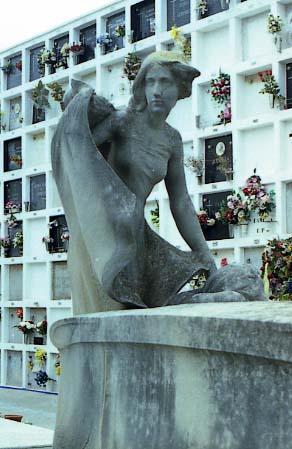 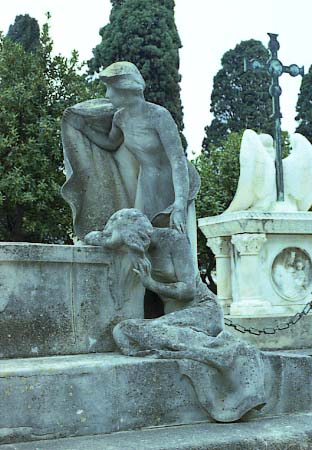