Domènech i Montaner – Cemetery of Comillas 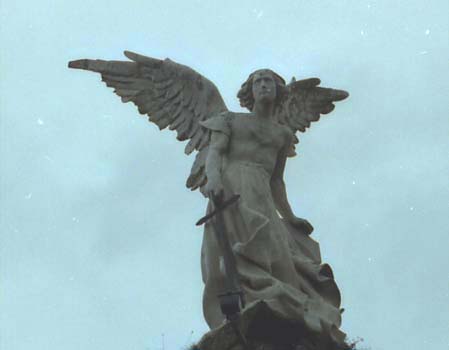 Location: Comillas (Cantabria – Spain).
Qualification: x (1 on 5)
Present condition: Both the cemetery and pantheons are in Acceptable condition.
Visits: On opening time

The town of Comillas is a nice summer residential area on the north coast of Spain in Cantabria, province of Santander. Some exceptional monuments built at the end of XIXth. under the impulse of the first marquis of Comillas – Antonio López y López – bring to the town an special personality. Some of the monuments built at that time where commissioned to Catalan architects and artists.

The cemetery walls with its pinnacles and the main gateway where the work of Lluís Domènech i Montaner, commissioned in 1893 to enlarge and upgrade it. The cemetery was built over an old church of XVth. century and some of its shapes as arches, remain as an ornament and also as a support of one exceptional sculpture – The Angel – made by the Catalan sculptor Josep Llimona i Bruguera. Other pantheons where also designed by Domènech and sculpted by Llimona like the Piélagos family mausoleum.

The cemetery is located over a hill close to the sea, being a beautiful element of Comillas landscape. 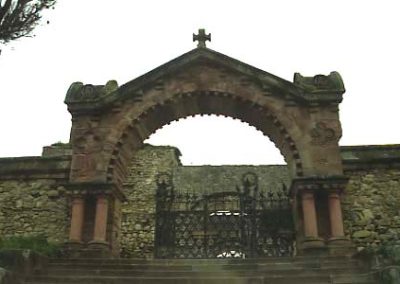 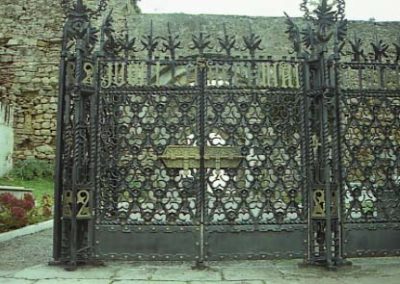 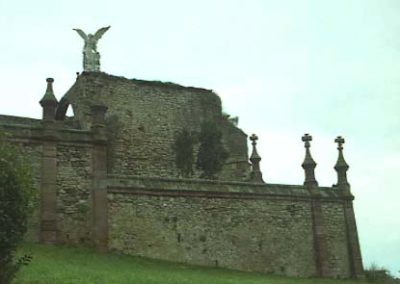 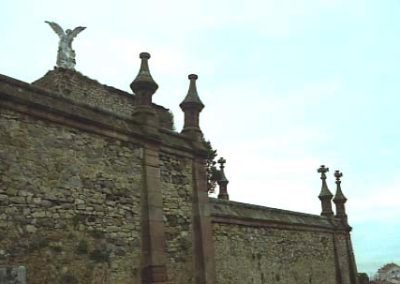 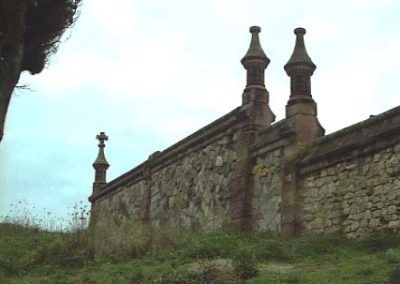 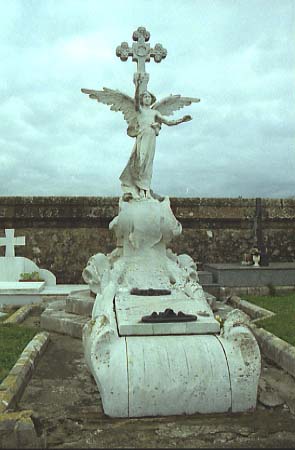 Other Works of Domènech i Montaner: