Other themes:
The bourgeois

Isidre Nonell i Monturiol was born in Barcelona in the year 1872.
Isidre Nonell was fundamentally a self-taught painter. Nevertheless he was also the pupil of Josep Mirabent, Martinez Altès academy and Lluís Graner. He also was a pupil of Llotja school in Barcelona.
Nonell work is characterized in it’s youth by the happiness and very rich and hot colors together with an intense but sober aesthetic inspired in Art Nouveau and impressionism. This is the character of his paintings when he was a part of the Colla del Safrà -together with other painters as Canals, Vallmitjana, Gosé, Torner, Torres García, Adrià Gual, Joaquim Mir and others- between 1893 and 1896 (Colla del Safrà is a Catalan expression meaning group of saffron, referring to the color of that product used by his members in its paintings).
Before his first travel to Paris in 1886 Nonell developed his series of “Els cretins de Boí” (The cretinous of Boí), Nonell was essentially interested by marginal, alone and silk people, gypsy women and other poor people in similar attitudes. Nonell pay attention to the sad face of the reality, the reverse of the social ideals of burgess society, forcing with that attitude the general misunderstanding and potential customers refusal.
In 1887 he left to Paris where he took part in some exhibitions together with other painters. In his second stage in Paris between 1899 and 1900 he was strongly influenced by the impressionism.
In 1907 Nonell, following Utrillo suggestions, made an anthological exhibition in Barcelona in an other style, representing women with beautiful dresses, showing a more sensual look of feminine universe. The big success of that exhibition nevertheless, was ephemeral and Nonell came again to his traditional style.
Nonell was an excellent designer. Out of his normal themes (see the three paintings), he also was a collaborator of satiric magazine “Papitu” from 1908.
In 1910, Nonell developed his twelve pictures on “nature morte” themes.
Nonell died as a consequence of a typhus at the young age of 38 in 1911.

(L to R)
Woman of the bed
Seating woman
Reading 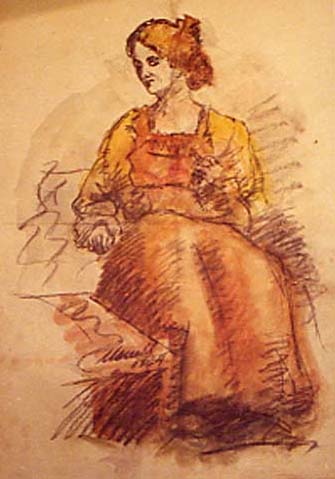 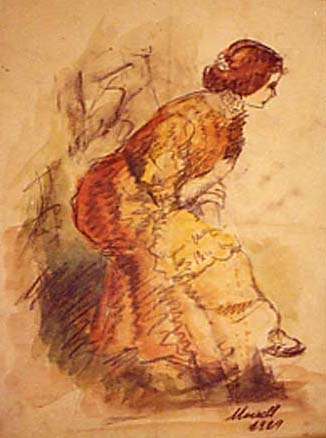 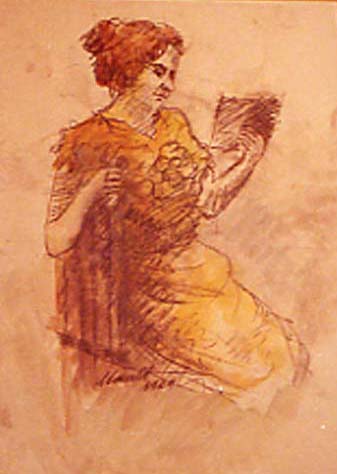