Born in Barcelona in 1850, he initially trained in the school of Llotja in Barcelona with the master Rosend Nobas, and also worked as apprentice in the studio of Joan Roig i Soler.
Fuxà subsequently studied in Paris, where he worked in the studio of Albert-Ernest Carrier-Belleuse, seeking artistic improvement and acquiring a greater control of technique. He also spent time in Italy.
After his return to Barcelona, at the age of 26 in 1876, he was named Reader in the same school of Llotja where he initially studied, and later became its director between 1911 and 1920.
Fuxà was also appointed as the President of the Barcelona Museums Council.
His artistic output was prodigious; according to Felix Mestres i Borrell he was the most prolific sculptor of this period. He produced many public monuments in Barcelona, as well as in other cities and towns in Catalonia, including Alella, Figueres, Mataró, Reus, Sabadell, Sant Feliu de Guíxols, Vilafranca del Penedès, Vilanova i la Geltrú and Sitges, and received commissions for work in cities outwith Catalonia, such as Gijón, Madrid, Montevideo and Ourense.
He also executed funerary monuments for cemeteries in Barcelona and Sitges, portrait busts, and sculpture for buildings. Although the latter was conventional in style, it was nevertheless always of the highest artistic quality, Fuxà was perhaps an impersonal artist, but at the same time an excellent executor capable of carrying out a great quantity of assignments.
His style cannot be classified strictly within the Modernisme (Catalan Art Nouveau) idiom because his work is much more classical in feeling, following the school of the brothers Venanci and Agapit Vallmitjana, but the influences of Modernism cannot be denied – Felix Elies relates him to the Overbeck school and Pubis de Chavannes – especially in the middle and latter periods of his career.
Some of the monuments he produced were probably developed in collaboration with other artists, such as the architect Pere Falqués i Urpí – Monument to Rius i Taulet – and Josep Vilaseca i Casanovas (1848-1910), who was also a premodernista (previous to Catalan Art Nouveau) sculptor – Monuments to Aribau and Clavé.
Fuxà’s work is related to the Renaixença (a period with a strong cultural development in Catalonia) and he therefore contributed to the recovery of the Catalonian identity.
Manel Fuxà died in Barcelona in the year 1927. 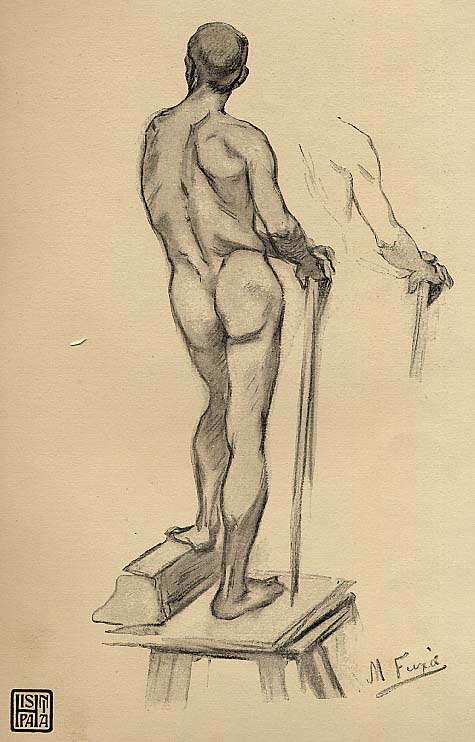 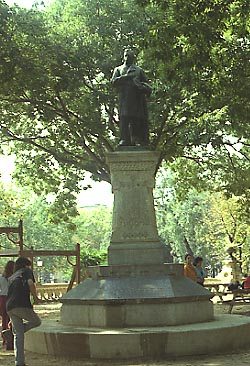 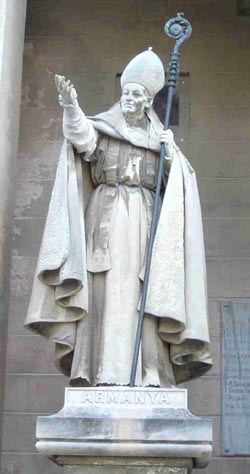 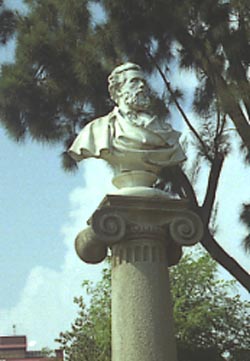 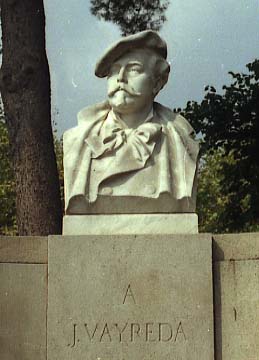 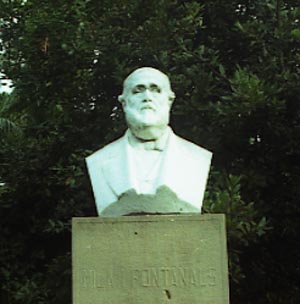 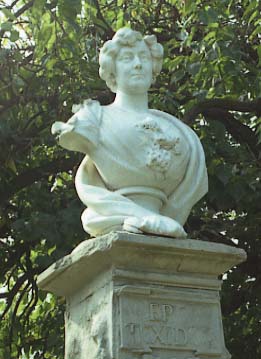 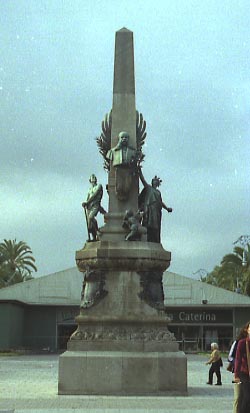 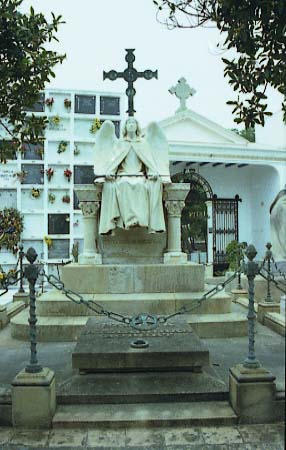 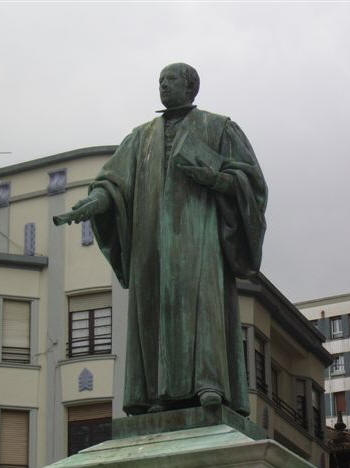