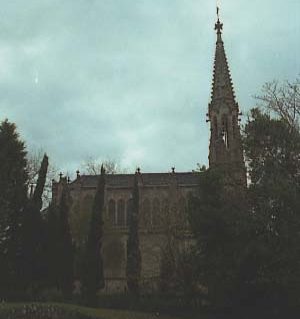 Joan Bergós i Massó, author of an important study of Gaudí’s work, Gaudí: The Man and His Work, divides his oeuvre not only into periods, but also into media type and mechanical-constructive solutions that fit into certain categories. This classification system avoids an analysis based solely on chronological criteria, which perhaps would not be able to reflect the shared values of many of the genius’s works with sufficient coherence. Instead, those values are revealed not only by the mere passage of time, but also, for example, in the use of buildings which allowed him to question the necessity of various architectonic solutions. This reflection is one way of understanding Bergos’s contribution to the literature of classifying Gaudí’s works into the following five groups: 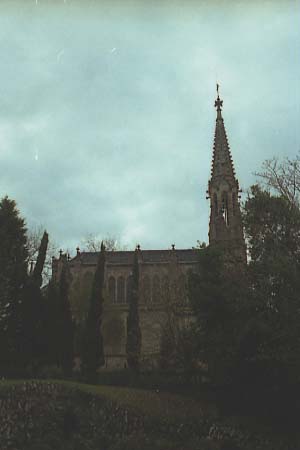 This period consists both of projects and works completed by Gaudí during the final years of his studies and his first truly professional undertakings once he received his architecture degree. In addition to the works mentioned below, everything Gaudí completed at university can be classified within this group, such as:
– Courtyard of the Barcelona County Council (signed by Gaudí with the date 6-10-1876)
– Plan and sketch of a cemetery gate presented for an exam (1875)
– Sketch of a 40m-tall monumental fountain for the Plaça de Catalunya
– Two sketches for an ornamental pier at the port of Barcelona
– Design for the main auditorium of the University of Barcelona (signed by Gaudí 22-9-1877)
– Rough draft of a plan for the Monastery of Poblet (Gaudí, together with some friends from Reus like Eduard Toda, wanted to restore the monastery, which had fallen into disrepair and neglect due to the privatization of church lands under Mendizabal)
– Sketch of the two façades (garden side and street side) of the Mataronense Cooperative Society
– Sketch of a streetlamp incorporating famous Catalan admirals for the Passeig de la Muralla (now the Passeig de Colom)
Among works in progress or completed during this period are:
– Altar chapel of the Basilica of Montserrat (1875-1877). Gaudí participated in the design of the arcs, leaning pedestals, and parabolic midsections of the column bases of this work by architect Francesc de Paula Villar.
– Monumental fountain for the Parc de la Ciutadella in Barcelona, on which he collaborated in the studio of the master Fontserè (1877-1882)
– Fence, doors, and iron railing of the Placeta Aribau in the Parc de la Ciutadella in Barcelona, also in conjunction with the Fontserè studio
– Furniture for the oratory at the Palau de Sobrellano in Comillas (Cantabria) (1878)
– Altar, ostensory, light fixtures, and apse mosaic for the Chapel of the College of Jesús-Maria in Sant Andreu de Palomar (1879-1881)
– Streetlamps for the Plaça Reial (1880)
– Streetlamps for the Passeig de la Muralla de Mar (never built)
– Various furniture, such as an office table and display cases
Gaudí also collaborated on other projects during his studies, including Martorell’s Salesian convent in Barcelona. This collaboration (during which Martorell realized Gaudí’s genius) was the beginning of arelationship that later would result in Martorell’s recommendation to the Associació Espiritual de Devots de Sant Josep that Gaudí be put in charge of the Sagrada Família.

This architectural style is characterized by geometric polychromy based on the contrast between brick and mortar. This contrast is enriched by considerable ceramic revetment. The crowns of the roof are finished with mudéjar or Arabic cupolas. Gaudí also used small bits of stone, but only toward the end of this period.
The following structures belong to this group:
– Vicens House Barcelona (1883-1888).
– Plan for a hunting Pavilion for Count Güell, wich was never built (1882).Gaudí: Col·legi Santa Teresa
– El Capricho in Comillas (Cantabria) (1883-1885).
– Güell Pavilions in Pedralbes – Barcelona (1884-1887).
– Arab pavilions for the Transatlantic Company – one in Cádiz, the other for the World’s Fair in Barcelona (1887/1888)
– Palau Güell Barcelona (1886-1888).

Gaudí was always convinced that Gothic was still an immature style, even in the late 1800s; in his analysis, “Gothic art is imperfect, half finished; it is the style of rhythm, of formula, of industrial repetition. Its stability is based on the constant interplay of counteracting forces; it is a broken body that gets by on crutches.”
Once put in charge of the Sagrada Família, Gaudí began an in-depth study of the Gothic, visiting various monuments in Catalunya, France, and Spain, which only reaffirmed his critical assessment of this style. Nevertheless, some of his buildings planned and completed within the nineteenth century are in this style, namely:
– Episcopal Palace Astorga (1889-1895).
– Casa Botines House León (1892).
– College of Santa Teresa (1889-1894) Gaudí: Batlló House

Inspired initially by the Baroque, this period is characterized by vitalistic Modernisme. This vision could already be seen at the beginning of the twentieth century in many of Gaudí’s works and represents both a transition from the previous priority of Gothic style and a step forward on the way to an exuberant expressivity, like that visible on the Nativity façade of the Sagrada Família.
Works of this period include:
– Calvet House (1898-1900).
– Crypt of the churc at the Colònia Güell (1908-1914)
– Park Güell (1900-1914).
– Restoration of the Palma de Mallorca Cathedral (1904-1914)
– Batlló House (1904-1906)
– Milà House (La Pedrera) (1906-1910)

This is the last stage, in which Gaudí achieved perfection following nature’s lessons – perfection as much in the structures themselves as in the expression of his own beliefs. Like in nature itself, the function creates the form. Architecture completes the beauty of nature by achieving unbreakable balance. Structure and function meld into the expressive mold, into the meaning of the work.

The expression of this climax has to be the Temple de la Sagrada Família. In this church can be found the expression of a profound religiosity that takes one on an extensive journey through all of sacred history (especially the New Testament) and also through the Catholic liturgy in a manner totally coherent with Gaudí’s profound religious convictions. The architecture and structure of the Temple merge into a religious ideal to which they are both totally subservient.

Bet on Barça at William Hill! Find out how you can get a free bet at William Hill at http://promocodebets.co.uk/william-hill-promo-code-for-free-sports-bets/. Find more offers at PromoCodeBets.co.uk.