Location: Avinguda Marquès de Comillas,6-8 Barcelona
Qualification: xxx (3 on 5)
Present condition: Out and Inside Very good, adapted to the present needs as cultural center “Caixa Forum”.
How to go to: Buses: 9, 13, 37, 50, 65, 79, 91, 105, 106, 109, 165, L94, L95, N1, N15
Metro: L1, L3 (Espanya)
Visits: Tuesday to Sunday, 10 to 20 hours. Monday closed.
Timings, prices and other information can vary, please verify it previously.
Handicapped Accessibility: The common spaces havent problems. The entrance is under the level of the street, but large lifts avoid difficulties, when arrived the acces to other levels is made agin by large lifts or escalators, but the acces to somme exhibitions spaces have three steps.
Available guidebooks: It is possible to buy in the bookshop of the house – Llibreria LAIE – a guide on it and also some other books and gifts on the house, Gaudí the Modernisme (Catalan Art Nouveau) and Barcelona.
Information: Phone (34) 93 476 86 00.
Ruta del Modernisme

The Fàbrica (Factory) Casaramona is a project of the architect Puig i Cadafalch commissioned by Casimir Casaramona i Puigcercós, owner of textile businesses to build a new factory at the foot of Montjuich (a hill at south east of Barcelona, at present park and Olympic area), to substitute the old one destroyed in a fire.
The factory was finished in 1911 following the Moderniste style (Art Nouveau) and the Municipality awarded the building as the better of the year in 1912.
The building was designed, as it is common in industrial premises, to simplify horizontal movement, and this horizontality is only broken by two towers.
This two towers were big water reservoirs to protect the factory against fire – the owner was very much affected by the fire of his previous factory – and was obviously very interested to protect that second factory with the better technology against fire at that time.
The factory was completely built in brick following the Catalan tradition.
The ornamentation is very limited, only some ceramic on the towers and a mosaic and two stone adorns over Lleida street tower door, but the brick shapes of the factory, specially the roofs and the succinct iron forged functional structures attain, as a result, an original embellishment.
Opened in 1913, the same year of the dead of its owner Casimir Casaramona, the factory was closed in 1920. Later it was used as Police barracks and in 1976 it was declared Historic National Monument. This is possibly one of the most magnificent ensembles of Catalan Industrial Art Nouveau.
In 1963 “La Caixa” (first savings Bank of Catalonia) bought the factory to build a big cultural complex with large Exhibition halls, Arts Laboratory and Home of his Contemporary Art Collections.
At present the building is completely reformed and adapted, but respecting its traditional appearance. In front of main entrance it is a big metal and crystal structure by the Japanese architect Arata Isozaki. 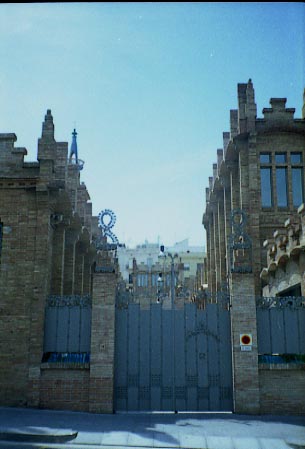 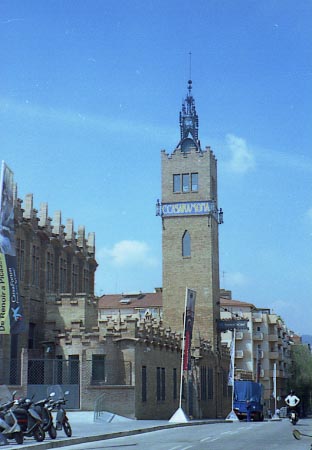 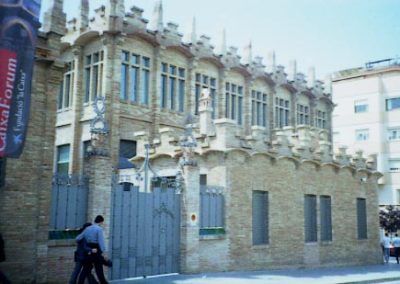 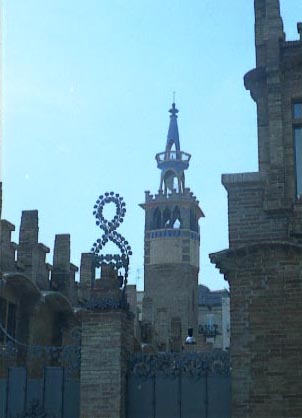 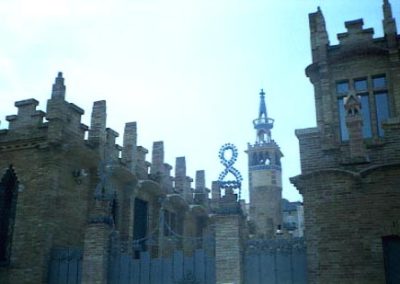 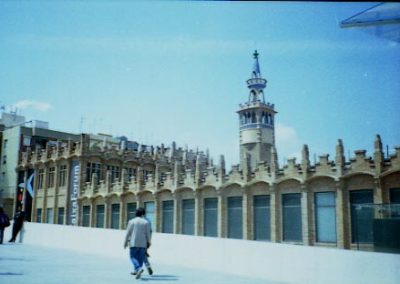 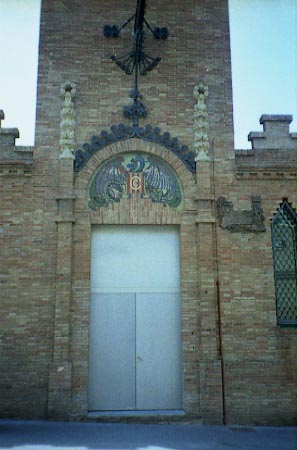 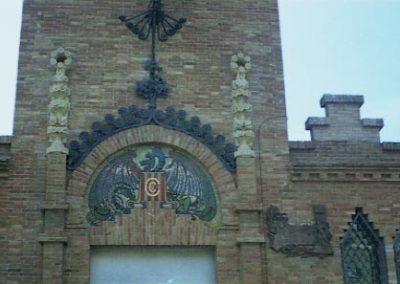 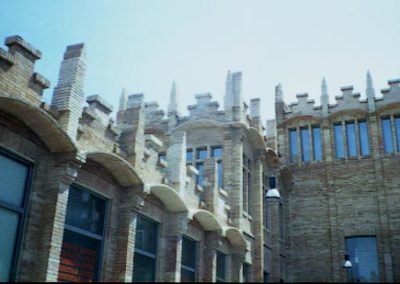 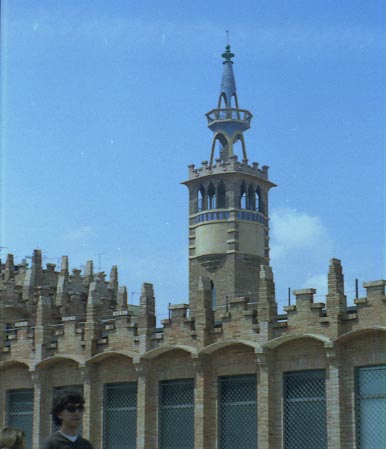 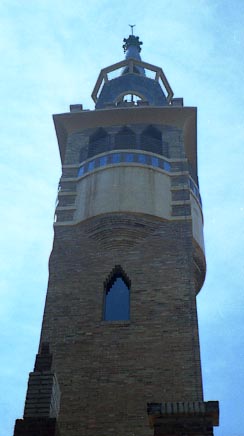 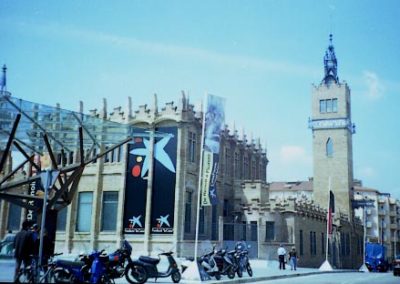 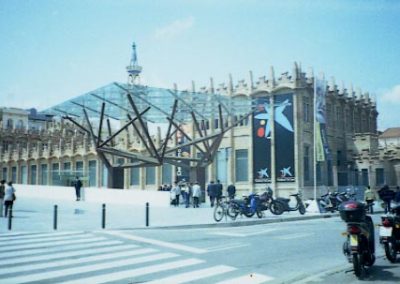